Within this category the smallest fan you'll find is 60 inches in diameter. From that starting point you will see 72 inch, 80 and 84 inch ceiling fans, 96 inch, and all the way up huge ceiling fans with 120 inch blade spans, and some in between. The best big name brands, with styles from modern to rustic.

As recent as 2012, when a person needed a ceiling fan for an open great room, big master bedroom, or any other larger living space at their home, they didn’t have many choices to choose from. The only real solution was to purchase at least two 52” - 60” ceiling fans. Many times these fans looked dinky in comparison to the size spaces they were being installed in. The homeowner attempted to purchase two or more ceiling fans for the space, in an attempt to help fill up the emptiness on the ceiling, only to see it didn't really achieve the goal the set out to achieve. Also, with only one fan, the airflow would not be enough for many of the areas they were being installed into.

Just a few years later the emergence of a 65 inch ceiling fan became available, with the Minka Aire Slipstream. This fan was followed by other larger models, some up to 72 inches in size.

A company that makes huge industrial ceiling fans, some with over 24’ blade spans, began becoming part of the conversation when people would bring up ceiling fans. Their industrial models were showing up more and more in warehouses, and their massive sizes were demanding attention, and even more than their size, it was the name that got the most attention of all, Big Ass Fans. The company purposely used this controversial name, that isn’t very kid friendly, but got away with it by using a donkey as their logo. The combination of their name, being a joke to some, offensive to others, and the gigantic blade spans their fans offered caused the company to grow in fame, and many people began to want similar styled fans in their homes. Only, who really has a big enough space to install a ceiling fan with blade spans of 20’ and even more? And who really wants to spend $3,000 and up for one single large ceiling fan?

Beginning with Minka Aire, many major name brand fan companies listened to this demand for larger sizes and begin making similar styled fans, with longer blades spans for residential use. However, not until TroposAir rolled out their Titan model, with a choice between 72 inch and 84 inch blades, no one did it exactly like Big Ass Fans. Thanks to the TroposAir using a special 6-speed DC motor for extreme energy efficiency, TroposAir actually did it even better. Since that time, TroposAir has made available an awesome 9 blade ceiling fan with same concept, named The Liberator.

The difference in the true industrial fan company’s fans and the TroposAir Titan fan, compared to all other brand models offered, is in the type of blades being used. To save on cost, and to make the fans more cost friendly, the other household name brands decided to make their models using ABS (high-end quality plastic) blades. Big Ass Fan Company’s industrial warehouse ceiling fans had always used extruded aluminum blades, and TroposAir decided to design their fans with the better quality material of the true commercial fans, and therefore also went with extruded aluminum blades on their Titan model. The extruded aluminum blades have an advantage in quality over the ABS blades in every category except for one, and that is the minimum height they have to be above the floor to pass local building codes. Whereas big ceiling fans with plastic blades only require a 7’ clearance from the floor, a big ceiling fan with extruded aluminum blades requires a 10’ clearance from the floor. Usually this isn’t a concern, as most of the rooms these fans are used in will have higher ceilings than normal.

Large ceiling fans have become so popular these days, and no design style more popular than the modern industrial look, but ceiling fan companies realized not everyone’s tastes are the same. Therefore, today you will find up to 99 inch ceiling fans with design styles that are fitted around a more traditional décor. The 72" Gulf Coast Tiara is a prime example. It uses solid wood blades, designed to be warp resistant, and a motor housing that is more reminiscent of a classic fan body, versus a sleek contemporary design.

The Minka Aire Great Room Traditional and their Cristafano are two more prime examples. The first being very traditional in styling, whereas the other, especially with the crystal package, has a Victorian flare, and the ceiling fans are 72 and 68 inches in size, respectfully.

We Are Here to Help

Regardless of whether your choice is a traditional, or a large modern ceiling fan, at PalmFanStore.com we are here to help. If you have any questions at all before placing an order, please, do not hesitate to call. Our professionally trained ceiling fan experts are always here to help you make the perfect decision for your needs. Call us today at 1(888) 446-9331, or email us at service@palmfanstore.com. 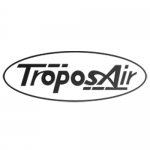 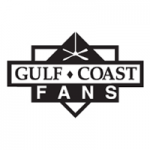 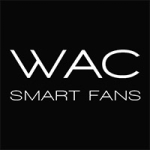